Historic venue’s future up in the air 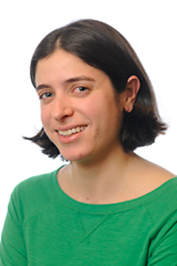 Send questions, comments and story ideas to Inka at inka.bajandas@ 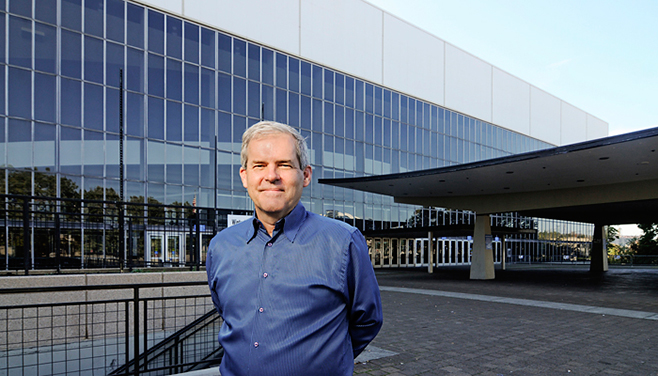 Architect Stuart Emmons is co-chairman of Friends of Memorial Coliseum, a group advocating for preservation of the 54-year-old building. (Sam Tenney)

As consultants for a city-funded study prepare to examine the future of Portland’s deteriorating Veterans Memorial Coliseum, area architects and preservationists are pushing for its revival.

“It’s one of the top mid-century modern buildings on the West Coast,” Portland architect Stuart Emmons said. “I think when people think of it in those terms, more people will see how incredibly cool this building is.”

Emmons, co-chairman of preservation advocacy group Friends of Memorial Coliseum, is closely following the latest discussions on what’s next for the city-owned building that needs significant repairs and maintenance. City officials recently hired three private consultants, including Portland-based Boora Architects, to study redevelopment possibilities for the 54-year-old building. Two include a remodel or demolition to make room for future development in the Rose Quarter district.

Veterans Memorial Coliseum was listed on the National Register of Historic Places in 2009, and Emmons is among Portland architects and preservationists advocating for its restoration and continued use. But as an events venue, the arena frequently operates in the red; also, extensive work would be required to bring it up to current fire safety and accessibility codes, said Susan Gibson-Hartnett, who oversees the city’s spectator facilities for the Office of Management & Finance.

“It’s suffering from both deferred maintenance and upgrades,” she said. “Over the last 10 years, the coliseum has had two years where it did not lose money.”

Continued operation of the coliseum though a city contract with private company Portland Arena Management is unsustainable, Gibson-Hartnett said, and that is partly why talk of the building’s future has re-emerged. Portland Mayor Charlie Hales wants to stop spending millions of dollars on the status quo and find new viable ideas for the building, said Sara Hottman, a spokeswoman for Hales.

The Veterans Memorial Coliseum Options Study consultant team will hold a kickoff meeting this week, and the firms are scheduled to share their findings with the Portland City Council in late March 2015. The aim of the $307,687 study is to help city commissioners decide what to do with the coliseum. Findings will analyze the costs, scope of work and feasibility of four potential scenarios:

• Renovating the building to address maintenance issues and meet modern event venue standards, including upgrading the heating and ventilation system, replacing seats and replacing the scoreboard;

• Continuing the building’s current use as a community events venue and home of the Portland Winterhawks hockey team;

• Closing the building temporarily or permanently; or

• Demolishing the structure and redeveloping the site.

Emmons said he’s disheartened that demolition is one of the options in the study.

“I think it’s beyond stupid,” he said.

He likened the idea to tearing down the Space Needle in Seattle, the Rockefeller Center in New York or the Transamerica Pyramid in San Francisco.

“That’s sort of the level we’re talking about here,” he said. “I don’t think people understand how great of a building it is.”

Portland architect Peter Meijer, who pushed for the coliseum to be listed on the national register, said he also was stunned that city officials would still consider demolishing it.

“The building does need investment in funds,” he said. “It’s an absolutely fabulous building. It absolutely has continual life.”

Meijer said the arena – designed by Skidmore, Owings & Merrill with a seating bowl enclosed in a glass box – should be preserved.

“It’s a significant structure for its period, both for what it did for the city and its sports teams, but also as an engineering feat,” he said.

With a bit of work, Veterans Memorial Coliseum could become a top-rate venue serving the city in conjunction with the Moda Center and the Oregon Convention Center, Emmons said. More people would appreciate the building’s minimalistic architecture and stunning view of downtown if it were lit properly and the curtains were opened, he said.

“If you fix it up, everybody is going to want to have parties there,” he said. “The potential is there. It’s very hard to see. It’s not going to take much.”

Peggy Moretti, executive director of preservation advocacy nonprofit Restore Oregon, said she would prefer to see Veterans Memorial Coliseum continue as an events venue, but would be open to adaptive reuse if original architectural elements were preserved and restored.

“We are smart enough and creative enough to figure this out,” she said.

Part of the City Council’s decision on the future of Veterans Memorial Coliseum will involve looking beyond the financial implications and considering the building’s use as a venue for slightly more than 100 events a year, mostly hosted by schools, community organizations and nonprofits, Gibson-Hartnett said.

“That’s one of the goals that the city has for the Veterans Memorial Coliseum is to be a community asset,” she said. “The bottom line is: What’s the willingness to subsidize for public purposes?”

“If (the city) got this up to snuff, it would support itself,” she said. “This is an investment to get the next fifty years out of it.”