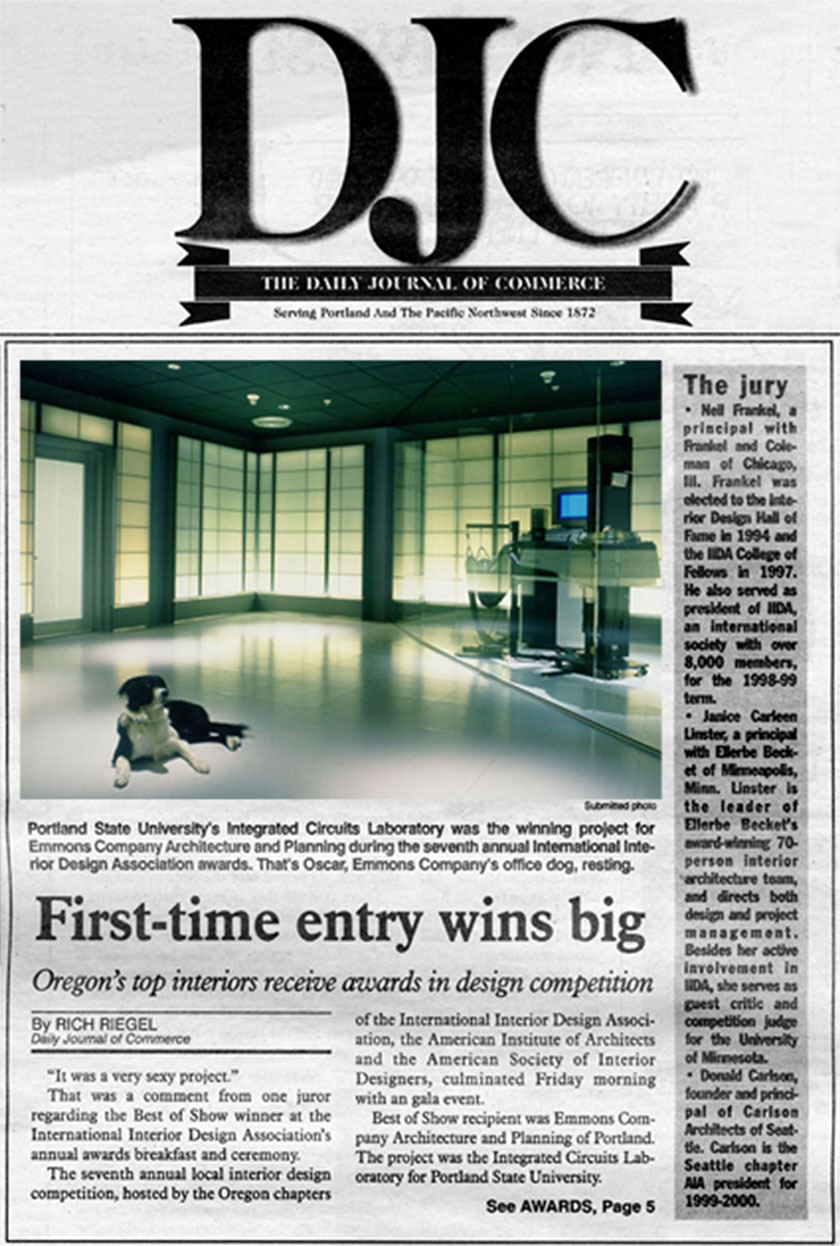 “It was a very sexy project.”

"Best of Show recipient was Emmons Architects of Portland. The project was the Integrated Circuits Laboratory for Portland State University.”

“The futuristic project, awash in both direct and diffused lighting, houses the college’s Credence integrated circuit board testing apparatus, itself an ultra modern design.“

“Juror Donald Carlson, who called the project ‘sexy’, also said the interior design looked as if it could have been used as a set by the late avant garde filmmaker Stanley Kubrick.” 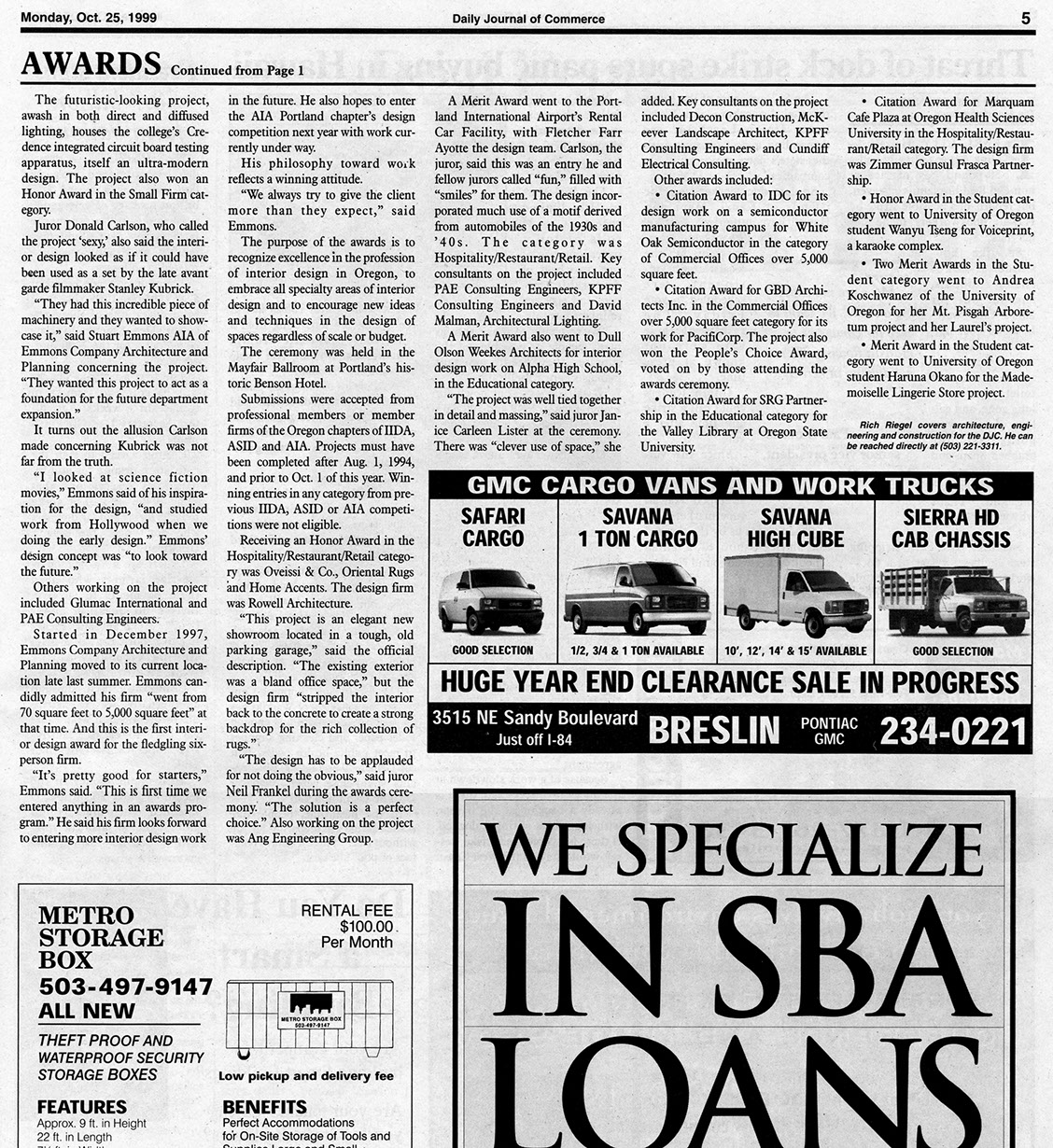